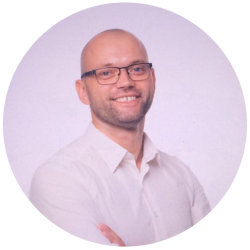 He was born in 1982 in the city of Dunawyvaros (Hungary).

He received 2 higher educations and a Ph.D. degree in Philosophy.

I have 15 years’ experience in the Civil Service and Service in the internal affairs bodies of Ukraine, including on leading positions.

Last 5 years, I am engaged in social activities, I head the International Center for Countering Cybercrime (NGO "ICCC"). The founder of the National Institute of Pragmatism is an independent analytical center.

A separate place in my work is research, education, consulting and informational work in the field of IT, cyber security and digital economy.

Quote: "You cannot find yourself, you can only create, so never stand still - always move forward!" 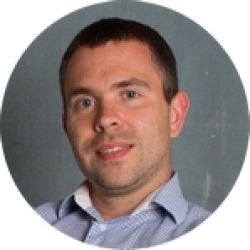 In 2000 I graduated from high school with a profound study of the humanities, where I received a full secondary education.

In 2004 he graduated from the National Academy of Internal Affairs of Ukraine and received a diploma of a specialist in the specialty "Jurisprudence".

In 2015, he graduated from the National Academy of Internal Affairs and received a Master's degree. Has a full degree in law, Master of Law.

In 2014, he graduated from Management at the MIM Business School-Kyiv and received an appropriate certificate from this institution, registered with the CEEMAN International Management Association. It is a Listener "MIM" - Kyiv.

From August 2000 to May 2014 he served in the internal affairs bodies of Ukraine at various positions, including leading, mainly in the units of combating economic crime (detection and struggle with intellectual property offenses), the fight against cybercrime. He has departmental awards and international certificates.

From May 2014 to October 2014 he was a Director of the Department of Information Technology and Technical Information Protection, Director for the development of one of the commercial structures.

From October 2014 till now he is a Vice-President of the International Center for Countering Cybercrime (NGO "ICCC").

Since 2016 he is a professional lawyer specializing in the field of intellectual property and cyber security.